The strange link between tariffs, opioids, and opium

Two things about US President Donald Trump's surprise decision on Aug 1 to slap further tariffs on some US$300 billion worth of Chinese imports from Sept should set people thinking.

First, it was all too sudden. Just when the world was led to believe that the latest round of trade talks between American and Chinese trade officials in Shanghai had gone reasonably well, he dropped the bombshell. From all accounts, Beijing was taken by surprise and has retaliated by ordering state-owned companies to stop importing agricultural products from the United States and allowing the value of the yuan against the US dollar to slide to 7, closer to the historic low of 8.5.

The second surprise was his citing of the alleged tardiness on the part of the Chinese to stem the illegal flow to the US of fentanyl, an opioid used to relieve severe pain, as one of the reasons for imposing the additional 10 per cent in tariffs. In effect, he is elevating America's domestic crisis of opioid addiction to the status of an international dispute be- tween the world's' two largest economies. This linkage is questionable, to put it mildly. Predictably, his tweet announcing the additional tariffs sent stock markets around the world into a tailspin just as they rose when he signalled that talks were going well. Why did he do it? Had he not pronounced, just moments before, that the Shanghai talks had been constructive? By threatening tariffs ahead of the next round of negotiations scheduled to begin on Sept 1, what is he trying to achieve?

If this is his negotiating tactic, then the record thus far shows that it is unlikely to work. Beijing, which has described the latest move as "an irrational, irresponsible act", has said time and again it will not negotiate with gun pointed at its head.

Unless President Trump and his officials have some cards up their sleeves which China does not know about and cannot easily counter, it is hard to see how Beijing can afford to capitulate in full view of its people and the international community. It is anyone's guess whether it will even resume talking with Washington any time soon.

What is certain is that Mr Trump's announcement has cost investors around the world billions. But those who "shorted"the markets would be chuckling all the way to the bank. This is where it gets in- triguing-if there were indeed companies and individuals who made a killing as a result of the sudden announcement, who are they?

On the accusation over the "export"of fentanyl from China to the US, Beijing has yet to re- spond. Perhaps in time it will and then again, it may not even want to bother. To the rest of the world, linking the two sets a dangerous precedent. If obesity becomes a huge problem in the US, will the Trump administration ask France and Belgium to cut chocolate produc- tion and export?

True, Chinese leader Xi Jinping did accede to Mr Trump's request last December for an offi- cial clampdown on the production of fentanyl as well as fentanyl analogues. Whether that was as a favour to"good friend" or because fentanyl has never counted for anything much in China's list of exports to the US is for Beijing to explain. In any event, it did outlaw such production.

So what is the problem? Obviously, the results of Chinese enforcement are not to Mr Trump's satisfaction. But putting the onus on China to solve America's opioid addiction crisis, which he declared a public health emergency in 2017, is, in the first place, disingen- uous.The problem first arose because pharmaceutica companies that made opioids like oxy- codone not only did not issue sufficient warnings about their addictive qualities but also on top of that, provided incentives to doctors to prescribe them, which they did. When the ad- diction became so widespread it could no longer be ignored, the health authorities acted and prescription opioids became hard to obtain.

That was when addicts turned to the street to get their illegal fixes, from not only oxy- codone but also fentanyl, hydrocodone, tramadol and many other analogues. And, not un- expectedly, the Trump administration targets as key suppliers, Mexico and its drug cartels, and China, whose chemical factories are said to be involved in very profitable fentanyl pro- duction.

In truth, synthesising fentanyl is not rocket science. According to Wikipedia, competent chemists can do it in a school laboratory as long as they have access to the precursors or basic ingredients like N-Phenethyl-piperidir--4-(npp), which are easily purchased on- line from small commercial laboratories in places as diverse as Hamburg and Hyderabad. So small packets of fentanyl can be mailed to the US from anywhere.

Thus policing the thousands and thousands of small labs all over China might be a genuine problem for county-level Chinese authorities who, in all likelihood, think they have done enough by curbing access to NPP and other chemicals needed for fentanyl synthesis. Why use up scarce enforcement resources when after all, the opioid epidemic is a problem of the Americans'own making?

There is certain historical irony in all this. Though the British bore the brunt of interna- tional condemnation for their perfidy in forcing opium on a weak China in the early to mid-19th century, American companies also profited hugely from that drug trade. For example, money from opium trading helped make Elias Hasket Derby of Salem and John Jacob Astor of New York, respectively, the first millionaire and first multi-millionaire in the US. And as American historian Stephen Platt notes in Imperial Twilight, his book on China and the opium wars, an American trading firm called Russell and Company ac- counted for more than a fifth of all the

Indian opium sold to China. At the height of the opium trade in 1838, 40,000 cases, each containing 64 kg of opium and valued then at about USS680, were shipped there.

Today, less than 200 years later, America blames China for a drug epidemic started by its own pharmaceutical companies and doctors. Karmic retribution?

Unless President Trump and his officials have some cards up their sleeves which China does not know about and cannot easily counter, it is hard to see how Beijing can afford to capitulate in full view of its people and the international community. 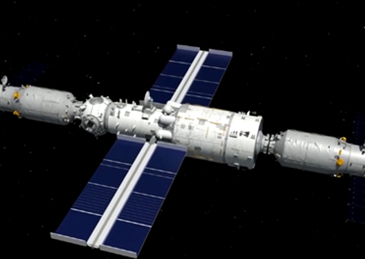 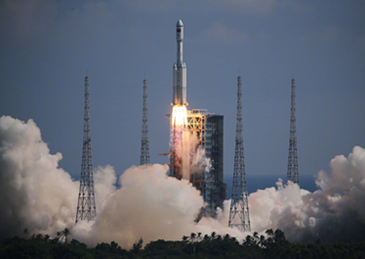